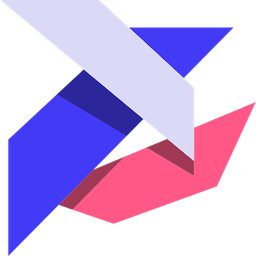 Growth by
Design.
by pixeltrue
Just sent a verification email - check Spam too!
Oops! Something went wrong while submitting the form. 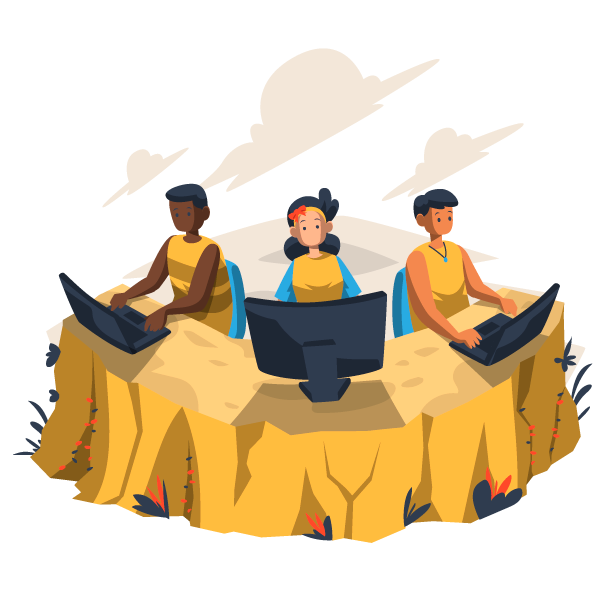 All fields utilize a particular set of technology that allows them to produce meaningful work. The combination of innate skills and knowing how to use industry tools are the key elements in producing a creative output. In this age of modernity where advanced tools are readily available to us, it shapes the way designs are produced in a smart, efficient, and organized manner– and it all boils down to how it is executed.

Like a farmer that needs his shovel and axes, and a doctor that needs his stethoscope, graphic designers too, have their own set of tools in producing a wide variety of designs such as print, illustrations, animation, and other forms of digital content. So what technology Graphic Designers typically use for their creative designs?

Creatives first put their ideas onto paper before transferring them to digital mediums. This is purely a brain-dump process in which designers sketch initial prototypes, color mock-ups, provide mood boards, etc.

Here they draft their ideas as candidly as they could and once they have an initial idea of what they want to achieve, they properly piece them together using industry software for a digital output.

Choose the computer that could support memory-hounding applications such as Photoshop and illustrator. Not all computers are built the same nor do they have the same specifications. And similarly, each graphic designer makes use of a particular software depending on their needs.

The basics one should always consider when choosing a computer are the CPU, graphics, RAM, storage, and display. These specs play a vital role in a designer's workflow in being able to produce designs efficiently and seamlessly. You wouldn’t want your computer to crash while you’re in the middle of a deadline, would you?

There are a lot of applications out there, and downloading each and every one of them is nothing short of ridiculous. It’s how you use the applications available to you matters. Designers typically juggle 2-3 apps by checking which interface carries the task well, and which app has the necessary tools to produce such a design.

Despite the slight differences between applications, there are common grounds such as layers, shapes, grids, gradients, etc. which could be found in industry softwares namely:

Not only do designers swear by photoshop, but people outside the creative field also use the application to their advantage. It’s become so popular that the words “it looks photoshopped” is uttered as a joke whenever a seemingly unrealistic photo is posted on the internet. With that said, photoshop is often used for photo manipulation providing a wide variety of tools such as editing, retouching, blending two photos together, and a lot more.

It is relatively easy-to-use once you have the basics sorted out, whereas designers in the industry have a lot of tips and tricks up their sleeves so they are able to use the software to its maximum potential.

Photoshop’s No.1 contender is, of course, Illustrator. The two applications are the perfect representation of the millennial slang “same same, but different”. They are somewhat the same in being able to make digitally-produced designs and imagery, and the core difference between the two is Photoshop is pixel-based, while Illustrator is vector-based and offers a lot more options.

Practicing graphic designers know which application yields the best result for their design needs based on these factors and more often than not, they utilize both tools for quality execution. Graphic Designers use Illustrator for logos, icons, graphics, and other reusable components that are resized to many different sizes, without having to worry about compromising the quality of the image.

Figma is an online design platform that allows live collaboration for everyone in the team. Unlike Photoshop and Illustrator where only one person works on a design, Figma is more of like a group project where everyone creates, edits, and prototypes design projects together.

Users could also drop comments on specific areas of the design, thus paving the way for a harmonious means of communicating ideas collaboratively.

Having to minimize your current tab to pull out the next one could be frustrating. Imagine doing this with more than three tabs– you’re bound to get a headache. Graphic Designers use a minimum of two apps per design process.

For an uninterrupted workflow and continuous productivity, investing on a second monitor would help you seamlessly navigate two platforms without having to minimize one after the other. Plus, you could also use it for zoom meetings with the team, tracking your deliverables, design references, and for more casual uses such as watching a Netflix series while working.

Your mouse could only do so much– and the average pen display used by most artists is undoubtedly the best tool for designers. It makes work much easier without needing to meticulously maneuver your mouse just to get the right stroke.

Especially with elements like squiggly lines, shading, painting, and components that are only achieved by manual sketches, dragging and angling your mouse like you would a pencil is quite challenging– even more so when you have clammy hands that shake uncontrollably every time you move it around. Pen displays allow you to have full control of your strokes, making it easy to produce genuine sketches directly onto the screen.

Simply connect your pen or stylus to your home computer and it will feel as if you’re drawing on paper.

With the still ongoing work-from-home setups some businesses live by, graphic designers, and other remote workers are holed up inside their rooms for days and they barely step out of their homes to meet deadlines. It pays to take a breather every now and then by having a change in environment to break the monotony of your workflow. Like working in a nearby cafe, a change in scenery would definitely get the creative juices flowing.

But of course, you couldn’t simply drag your desktop everywhere– so you opt for a gadget that you could simply tuck inside your bag such as a handy tablet. Fortunately, most tablets now work like second laptops where it is able to support design applications, so you could pretty much bring your work everywhere you go.